Another way abolitionists used education to combat the slave institution and gain sympathy for the antislavery cause was the press. Literacy made freedom of the press available to black females such as Maria Stewart, Frances Ellen Watkins Harper, and Mary Ann Shadd Cary.

Maria Stewart was active in the abolitionist movement in the 1830's. Her essays and articles frequently appeared in abolitionist papers including The Liberator. She also published a spiritual tract entitled, Meditations. After leaving Boston in the 1830's, Stewart became a member of one of New York's two literary socieities. Her speeches were recorded and published by various antislavery papers. Frances Harper was well known as a poetess and author. She wrote hundreds of poems, many denouncing slavery and racism. Harper authored at least eight works of fiction, most dealing with slavery and racism. Her writings earned her tremendous respect. One chronicler of the time stated that "she is one of the colored women of whom white women may be proud and to whom the abolitionists can point and declare that a race which could show such women never ought to have been held in bondage."
Mary Ann Shadd Cary received her education at a Quaker boarding school. She became an educator and taught in Delaware, New York, and Pennsylvania. When the Fugitive Slave Act became law in 1850, she relocated to Windsor, Canada. In Canada, she edited The Provincial Freeman, a black newspaper. Cary was the first known black female editor in the world. As a writer and editor, Cary was able to use her education to promote and elevate her race. Frederick Douglass commented that regarding Cary's contributions to antislavery newspapers, he did "not know her equal among the colored ladies of the United States."

Posted by highdeekay at 1:15 PM 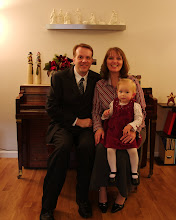